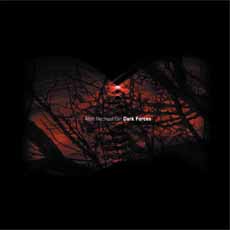 The first time I’ve tasted the talent of this proteiform NY-based Israeli pianist and composer – and in this capacity he could boast of some compositions written for important “academic” ensembles such as Bob Brookmeyer’s New England Conservatory Jazz Composers Big Band, Fred Harris’ MIT Festival Jazz Ensemble and the BMI Orchestra – on a release marked by Zorn’s Tzadik Records as a founder of a klemer jazz quintet called Talat. His talent as a “musical scenographer” was not so evident, but it was clearer that he gave a remarkable proof of rethinking the syncretism, which already belongs to that particular kind of music, born from a fusion of different musical traditions (mainly Polish, Russian, Romani and Moldovan), known by Ashkenazic Jews during their wanderings over Eastern Europe, which, so it seems, had an important role for the development of some American jazz branches, when that tradition was transplanted in the USA by some Yiddish-speaking immigrants. Mine should not be just considered a scholarly remark, as you will easily notice that some rhythmic and melodic structures of that tradition – particularly in the “scores” for Mark Dresser’s double bass, Nate Wooley’s trumpet and Okkyung Lee’s cello – sound like one of the most audible filler mixed with other elements in this black pudding sliced in ten parts, being the other elements some tricks taken from experimental electronics, improvisational, ambient, ritual and concrete music and even tribalism – the moments where this element sounds clearer such as in the fourth or sixth track are my favorite ones of the whole recording -. Someone could argue that such an ensemble could outshine individual skills, but I’m pretty sure that each of 11 musicians with their rich sonic stores, including two electric guitars, one double bass, one trombone, one alto saxophone, a baritone one, one cello, one tuba, one bass clarinet, one bass flute, one trumpet, involved in this obscure work will be satisfied of the highly visionary opalescence their choral performance aimed to highline a property of music, more than a concept, managed to reach thanks to Alon Nechushtan direction as the listeners will easily acknowledge.
Vito Camarretta, Chain Magazine

I’ve only recently discovered Alon Nechushtan’s music (as leader) over the last year. Releasing two radically different records in 2011 is surprising. But for both to be so solid and inspiring is strong evidence that Nechushtan is becoming a important name on the scene.I’ve discussed his early 2011 album, Words Beyond, with the latter year end release of Dark Forces, Nechushtan has made wider leap forward in the avant garde community.Dark Forces is cerebral–and yes, dark. You might even call it, “a headphone record.” Originally written and performed in live in 2006 (only now finally put on record), is densely packed with layers of slightly audible tones. This is a large ensemble spread over ten movements. And while  each member doesn’t really standout (probably by Nechushtan’s design), the overall sum of the parts is intense and very rewarding.

“Dark Forces II” employes a number of manipulated effects and electronics surrounded by some haunting sounds by the wind instruments. With “Dark Force III,” Nechushtan manages to blend an ethereal esthetic into classical realism which makes for a fascinating experience. Both Dresser and Lee have some heavy exchanges which carry the piece through beautifully.

“Dark Forces VII” rolls along hypnotically on the found sounds and Wooley’s ghostly trumpet. The guitars quietly blend into the background allowing Rojas to rise up in the mix. “Dark Forces X” leaves its final impression like a piece that could easily slide along side a Throbbing Gristle record.

Dark Forces feels like it could easily be a work for installations or an experimental dance company. But as a stand alone piece, Dark Forces is a deceptively effective work from a composer who seems to be a great more adventurous with each record. Well worth seeking out.                    Stephan Moore, Jazz Wrap