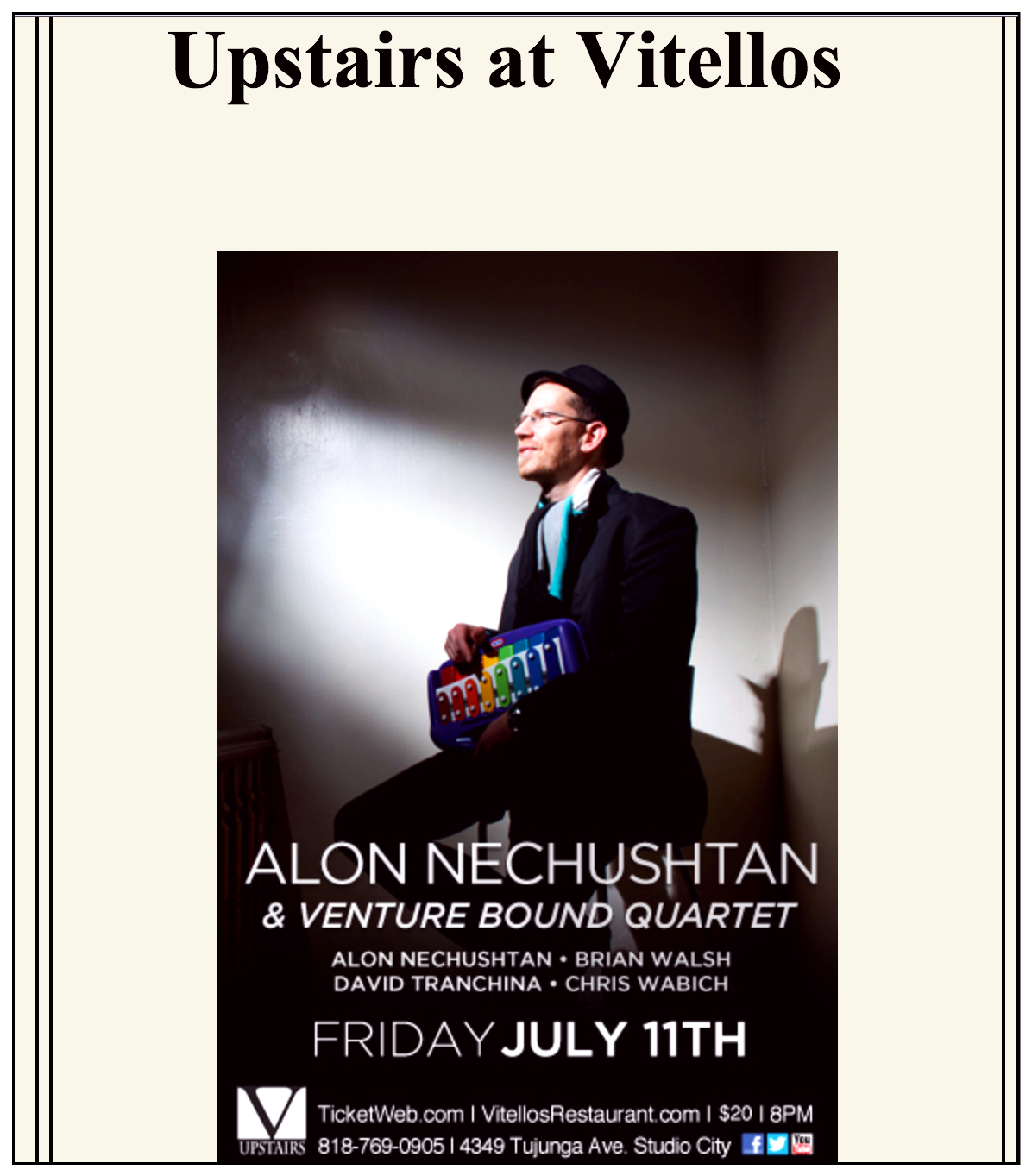 Each new album by Alon Nechushtan offers a fresh glimpse at his diverse and complex musical personality, which seems to be able to encompass a vast, cross-genre richness, which eventually becomes his very own. The most amazing quality of his is that he always sounds as if he already played this or that specific sub-genre for years, whereas in fact a comprehensive knowledge of his output so far reveals that he is probably one of the most chameleonic Jazz musicians around. But regardless of the specific musical environment Nechushtan selects as his weapon of choice at a specific moment, he is always honest, both with himself and the listener. The quality of players he selects as his partners, the wonderful technical qualities, the incredible melodic wealth and above all the ability to communicate with his fellow musicians and his public alike are a direct result of this honesty. Nechushtan’s music is always an amalgam of influences: first and foremost Jewish music in all forms and shapes, but also the endless varieties of the Jazz Art Form, which together create the new “Jewish Jazz” phenomenon, This album,although less obviously connected with the Jewish context and emphasizing the Jazz tradition and its contemporary state of affairs, is nevertheless an integral part of his continuous musical journey, which is always fascinating and heartwarming. Adam Baruch,, jazzis