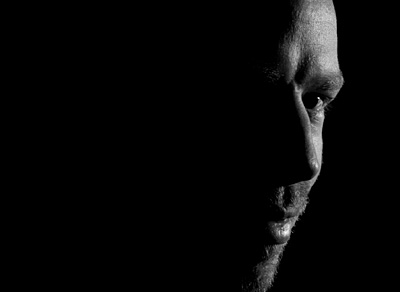 Composer Alon Nechushtan emerges as one of the most remarkable musicians of the new generation. The list of players on the album reads like who’s who in the contemporary Free Jazz / experimental Scene including Mark Dresser (Double Bass) , Ned Rothenberg (Bass Clarinet) , Eliott Sharp (Electric Guitar) and many other outstanding musicians, the music consists of Electronic ambient layers that serves as basis for the jazz musicians to paint their improvisations on top , heavilly atmospheric, magical and enthralling pulling the listener deeper and deeper into this strangely beautiful world of sound. Great Stuff ! Adam Baruch, Jazzis

In a score that leaves a lot of room to improvisation, though still a well-defined framework. An intense record. I will have to revisit in a more focused state of mind, because there’s a lot of depth to this material. François Couture Monsieur Délire

sound like one of the most audible filler mixed with other elements in this black pudding sliced in ten parts, being the other elements some tricks taken from experimental electronics, improvisational, ambient, ritual and concrete music and even tribalism – the moments where this element sounds clearer such as in the fourth or sixth track are my favorite ones of the whole recording -. Someone could argue that such an ensemble could outshine individual skills, but I’m pretty sure that each of 11 musicians with their rich sonic stores, including two electric guitars, one double bass, one trombone, one alto saxophone, a baritone one, one cello, one tuba, one bass clarinet, one bass flute, one trumpet, involved in this obscure work will be satisfied of the highly visionary opalescence their choral performance aimed to highline a property of music, more than a concept, managed to reach thanks to Alon Nechushtan direction as the listeners will easily acknowledge. Vito Camarretta Chain DLK

Dark Forces is an electro-acoustic mix by composer Alon Nechushtan with a cast of downtown allstars, including Swell, Elliott Sharp and Briggan Krauss. It sounds like the traffic of heavenly bodies, or spacecraft – but spacecraft with teak and mahogany details. The composition works like fractals, with each instrumentalist recapitulating the spacey theme in their own parts, which are also remarkable for their restraint and episodes of silence Gordon Marshall, The New York City Jazz Record

The following is a true pearl: “Dark Forces”, Alon Nechushtan who is credited as the ‘sound designer’, but one can assume that all the electronic part of the album is his responsibility, although it is not indicated. The ensemble that plays his music is a list of “Who’s Who” of creative jazz and free improvisation of today, so if you can conclude that the scores that were conceived opening large enough to matter to these instrumentalists. What is here is a chamber music alien, seeming to come from a distant place and wrapped in mist. In short, a CD absolutely fascinating. Rui Eduardo Paes, Criticas Novas

Nechushtan is becoming a important name on the scene. I’ve discussed his early 2011 album, Words Beyond, with the latter year end release of Dark Forces, Nechushtan has made wider leap forward in the avant garde community.Dark Forces is cerebral–and yes, dark. You might even call it, “a headphone record.” Originally written and performed in live in 2006 (only now finally put on record), is densely packed with layers of slightly audible tones. This is a large ensemble spread over ten movements. And while  each member doesn’t really standout (probably by Nechushtan’s design), the overall sum of the parts is intense and very rewarding.Dark Forces feels like it could easily be a work for installations or an experimental dance company. But as a stand alone piece, Dark Forces is a deceptively effective work from a composer who seems to be a great more adventurous with each record. Well worth seeking out. Stephan Moore, Jazz Wrap

Mr. Nechushtan has put together an impressive all-star cast of eleven of Downtown’s best musicians, recorded over 7 years. When I looked at the line-up I was just as amazed as you however the music was something else entirely. The pieces are not named and they often deal with strange textures and atmospheric sounds. It doesn’t sound as if there were any written music here although it does sound as if the music was carefully arranged and/or focused. Many of the sounds and spaces are filled with suspense and restrained tension. The Spanish label Creative Sources has been around for nearly a decade, has close to 200 releases and most often deals with lower case improv. Although this disc features some ten musicians, it sounds as if there are no more than 3 or 4 players on each track. The overall mysterious and often sparse sounds are perfect for this label. Nobody really solos here yet the music remains fascinating throughout.  Bruce Lee Gallanter, Downtown Music Gallery

LINK TO BUYING THE ALBUM: